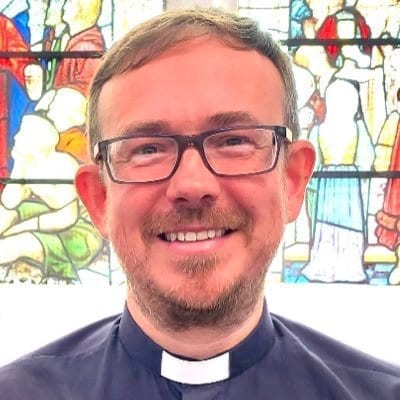 For the director of music. To the tune of “Lilies.” Of David.
Save me, O God,
for the waters have come up to my neck.
I sink in the miry depths,
where there is no foothold.
I have come into the deep waters;
the floods engulf me.
I am worn out calling for help;
my throat is parched.
My eyes fail,
looking for my God.
Those who hate me without reason
outnumber the hairs of my head;
many are my enemies without cause,
those who seek to destroy me.
…

But I pray to you, LORD,
in the time of your favor;
in your great love, O God,
answer me with your sure salvation.
Rescue me from the mire,
do not let me sink;
deliver me from those who hate me,
from the deep waters.
Do not let the floodwaters engulf me
or the depths swallow me up
or the pit close its mouth over me.
Answer me, LORD, out of the goodness of your love;
in your great mercy turn to me.
Psalm 69:1-4, 13-16

Starter Question
What is the motor that kept King David hopeful in the midst of the scorn of his own people?

Later, knowing that everything had now been finished, and so that Scripture would be fulfilled, Jesus said, ‘I am thirsty.’ A jar of wine vinegar was there, so they soaked a sponge in it, put the sponge on a stalk of the hyssop plant, and lifted it to Jesus’ lips. When he had received the drink, Jesus said, ‘It is finished.’ With that, he bowed his head and gave up his spirit. John 19:28-30

There are different sorts of rejections. There is the kind of rejection one feels when an enemy blatantly offends you. We are getting used to the rejection we experience when we ‘interact’ through social networks with those who hold different positions about God, life, politics, or even football clubs. What kind of rejection did Jesus experience at the cross when he said that he was thirsty? The apostle John tells us that the words ‘I thirst’ were said in order to fulfil the Scriptures. But what were they fulfilling? What was going on in Psalm 69 in a shadow-form which reached its complete meaning when Jesus experienced that desperate dryness of the tongue and mouth while dying?

Jesus and the Psalm
Psalm 69:8-9 tells us that the reason why King David was despised was because of his zeal for seeing the restoration of the adoration in Jerusalem:
I am a foreigner to my own family,
a stranger to my own mother’s children;
for zeal for your house consumes me,
and the insults of those who insult you fall on me.

But Psalm 69:20-21 not only tells us why David was being scorned, but also how he was suffering. The suffering was coming from those within his life. His brothers, his own people were treating him as an alien and that made the suffering even worse:

Scorn has broken my heart
and has left me helpless;
I looked for sympathy, but there was none,
for comforters, but I found none.
They put gall in my food
and gave me vinegar for my thirst.

As a King, David was the incarnation of God’s plans for Israel and the world. Thus in a very real way, the dissatisfaction people had with God fell on David’s shoulders.

Jesus and us
The apostle John is connecting the dots. Jesus, the Son of David, also suffered the consequences of his people’s lack of desire for God and his kingdom. Their lack of zeal took someone greater than David to an even greater suffering: the cross. The rebellion of humans against God, that was partially experienced by David, reached its climactic moment when verbalised by the lips of our thirsty crucified Saviour. This is why John says Scriptures were fulfilled.

Dear brothers and sisters, in order to have the blessed life Jesus offers, we have to acknowledge that our rebellious hearts have the tendency to desire an average and lukewarm sort of spirituality over his exuberant and reverberating life. ‘On the last and greatest day of the festival, Jesus stood and said in a loud voice, “Let anyone who is thirsty come to me and drink”’ (John 7:37). The rest of the Gospel of John reaffirms what John said at the beginning: ‘He came to that which was his own, but his own did not receive him’(1:11).

In the face of our rejection of him, Jesus went one step further. The Servant King would come to assume our sinfulness upon himself as a perfect substitute for our sins. As our substitute, he suffered what we should suffer in order to restore the adoration of God, by his people in his Father’s house. At the cross, our Lord experienced the consequences that we justly deserve for our lack of zeal for God’s Kingdom: eternal thirst. He took on himself the epitome of the dissatisfaction that our ungrateful passion for God deserves so that we may get the eternal satisfaction as children of God.

Is it not amazing that our Lord was willing to suffer all that in order to show us what real zeal for God and his kingdom looks like? Dear friend, at the cross, Jesus drank the sour wine in order that the promise of us tasting a new one in his presence forever may be certain and true. Therefore let us come to him as the well from which flows streams of living water in order that our half-hearted desires for the establishment of his Father’s Kingdom may be renewed and revived for his glory and the sake of the nations.

Prayer
Glorious and All-Sufficient Father,
who out of the happiness you had from eternity
in the fellowship of the Son and the Holy Spirit
sent Jesus to offer us salvation and everlasting life:
grant in us the awareness of our lukewarm affection towards you and your kingdom,
so that motivated by your gospel into repentance and faith
you may lead us into a constant progress in our desire for following your Son despite the costs,
for your glory, our satisfaction in you, and the sake of the nations,
in Jesus name,
Amen.

Podcast S06E09: Service with a smile!

Church Society is a company limited by guarantee, registered in England No. 213142 and a registered charity (No. 249574)

We use cookies on our website to give you the most relevant experience by remembering your preferences and repeat visits. By clicking “Accept All”, you consent to the use of ALL the cookies. However, you may visit "Cookie Settings" to provide a controlled consent. Read More
Cookie SettingsAccept All
Manage consent

This website uses cookies to improve your experience while you navigate through the website. Out of these, the cookies that are categorized as necessary are stored on your browser as they are essential for the working of basic functionalities of the website. We also use third-party cookies that help us analyze and understand how you use this website. These cookies will be stored in your browser only with your consent. You also have the option to opt-out of these cookies. But opting out of some of these cookies may affect your browsing experience.
Necessary Always Enabled
Necessary cookies are absolutely essential for the website to function properly. These cookies ensure basic functionalities and security features of the website, anonymously.
Functional
Functional cookies help to perform certain functionalities like sharing the content of the website on social media platforms, collect feedbacks, and other third-party features.
Performance
Performance cookies are used to understand and analyze the key performance indexes of the website which helps in delivering a better user experience for the visitors.
Analytics
Analytical cookies are used to understand how visitors interact with the website. These cookies help provide information on metrics the number of visitors, bounce rate, traffic source, etc.
Advertisement
Advertisement cookies are used to provide visitors with relevant ads and marketing campaigns. These cookies track visitors across websites and collect information to provide customized ads.
Others
Other uncategorized cookies are those that are being analyzed and have not been classified into a category as yet.
SAVE & ACCEPT
×